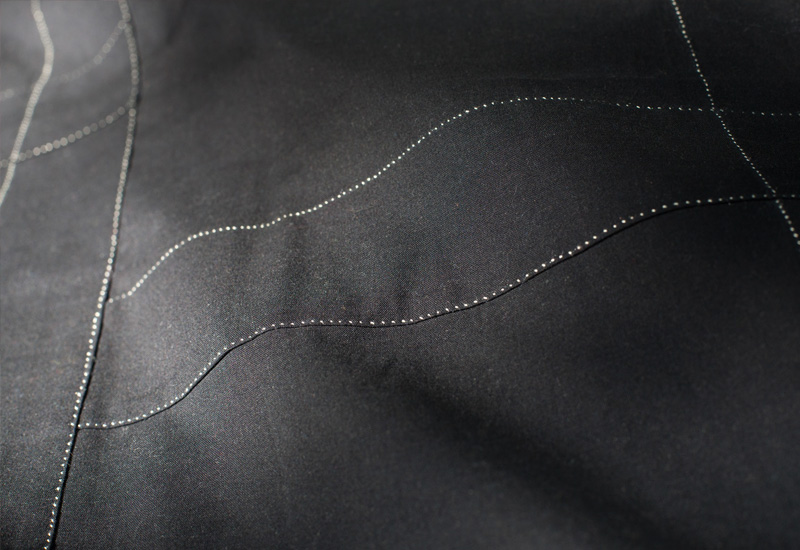 The Kesa is the monk’s robe, and it´s sowing has been transmitted from Shakyamuni Buda to our times.

Kesa has its origin in the word “kesaya”, which signifies earth color and it recalls the aspect of the rice fields, linked together through canals at the Ganges’s valley. Since those far away times, the traditional assembling together of the cloth pieces is still being followed. While sowing them, we concentrate on the exact measures and on the stitch, which is very small, as a rice grain.

THE KESA BY MASTER KODO SAWAKI

One day, an ‘unsui’ asked me about the meaning of the Kesa. I answered him: “The Kesa is something that is not clear”.
He looked at me surprised and astonished, his expression telling me he thought I was just blabbering.

Actually, the Kesa is undefinable, either by its “broken” color, a color of ruins or rags, and its dimension, which does not conform to any precise rule. It is not limited by any defined aspect that could contain it. That is the reason why it has been called “the rice field´s dress of the happiness without aspect”..
Read [+]

The transmission of Mahakashyapa to Ananda

Ananda asked Mahakashyapa: what did the Buddha give you, besides the golden Kesa?
Mahakashyapa answered: Ananda!
Ananda said: yes?
Mahakashyapa said: lower the flag mast in front of the door.